The Retribution (Carol Jordan and Tony Hill #7) by Val McDermid.

This book had a lot of potential. Carol and Tony are moving their lives to a new chapter and moving closer to a proper relationship, Jacko Vance breaks out of prison and there is another sicko serial killer on the loose. Somehow, however, the author manages none of the story lines particularly well.

Everything about this book is grand but it’s far from great. The twin stories of the new killer and Jacko’s revenge spree were very underdeveloped and really should have been two separate books while the ending was shockingly sudden and verging on ridiculous with Jacko. Both stories felt like the author ran out of time, especially with the new killer. This story just finished very abruptly. Add in the complete overreaction by Carol towards Tony and the overall story left a bad taste.

The saving grace of this book is the development of the secondary characters, especially Paula and Stacey. The second story line allowed for this but I really would have preferred to see this happen in a separate book.

It’s a step in the series and worth reading but the next instalment needs to be much better to rescue the series. 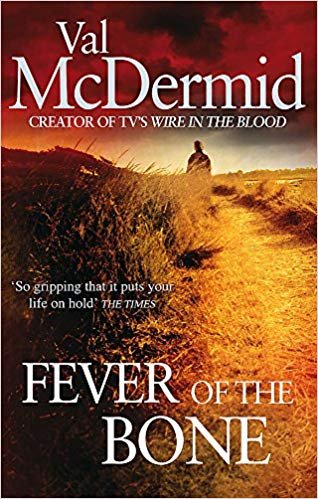 Meet Tony Hill’s most twisted adversary – a killer with a shopping list of victims, a killer unmoved by youth and innocence, a killer driven by the most perverted desires …

When teenager Jennifer Maidment’s murdered and mutilated body is discovered, it is clear that there is a dangerous psychopath on the loose. But it’s not long before Tony and DCI Carol Jordan realise it’s just the start of a brutal and ruthless campaign targeting an apparently unconnected group of young people. Their chameleon-like killer is chatting with them online, pretending to share their interests and beliefs – and then luring them to their deaths.

But just when Tony should be at the heart of the hunt, he’s pushed to the margins by Carol’s cost-cutting boss and replaced by a dangerously inexperienced profiler. Struggling with the newly awakened ghosts of his own past and desperate for distraction in his work, Tony battles to find the answers that will give him personal and professional satisfaction in his most nerve-shattering investigation yet.

Really enjoyed this. Previous books have focused heavily on Carol, her private and professional struggles and her relationship with Tony. This book is written much more from Tony’s point of view, taking his character in a different direction and hopefully setting up the next book to be a really different relationship for the two of them.

I also really enjoyed the development of the other characters, especially the other members of Carol’s MIT. Paula in particular got a nice focus throughout this book and I think Ambrose will feature in the rest of the series.

On top of all that it’s a cracking bad guy story with a bit of a twist from the norm.

Life of a middle aged bikepacking beginner
Into the Outdoors

Do What You Fear And The Fear Disappears.

Bikes, Brews, & Babes (my grandkids - what were YOU thinking?!)

I want to ride my bicycle...and drink craft beer....and laugh at our grandsons

The Grand Tour: Fife and Beyond

Ramblings of an inveterate cyclist

... the man who goes alone can start today - Thoreau

Beyond the Crypts and Castles
Today's Perfect Moment

Using a little bit of perfection found by sifting through the day to brighten my mood and hopefully yours.

A Few Spokes Shy of a Wheel
stephen metcalfe

notes of the desperate man

Cycling, pro cycling, and other stories

Travel, Life and Thoughts in General

Hikes, Cycles and Assorted Travels around Ireland & Beyond

ride your heart out. washington d.c.

My Journey to Sobriety, a Healthier Lifestyle and ongoning distractions.

Not suitable for children, the sensitive or those hoping to get into heaven.

cycling less than i plan

cycling less than i plan

Anne Foster
Life from my perch

Passionate About All Things Cycling

Stories and photos from Scotland

Australian Traveller that loves to "Roam" our globe, creator of ENDLESSROAMING.COM sharing the experience through word and photography. Currently residing in my home of Newtown Sydney but hope to be back on the road late 2020. Feedback / questions are more than welcome, happy travels

have a nice ride

Thoughts and experiences from a Bournemouth based cyclist.....

Going Down The Trail

Adventures in the Outdoors and Such

View from the Back

The ramblings of a retiree who cycles and cooks in France

The Things We Do For Fun

Lilli On A Bike

The Dude Abides. I'm A Dude AbiKes. I wonder as I wander around Austin on a bicycle.

On cycling, long distances and short ones

A man searches for meaning...in between leg shavings

As Easy As Riding A Bike

Well it should be, shouldn't it?

This is my journey.

Cycling to work & back, to the shops....anytime that I can use my bike instead of the car.Sometimes I even get on it just for fun & fresh air!